A continent preparing for war. Ancient feuds. Subtle intrigue. Alliances of tradition and necessity. Gods, demons, and the mortals who dare to challenge them. From humble beginnings, a handful of heroes have arisen to stand as the hope of their peoples in a time of gathering darkness. These are the Legends of Greyhawk.

An initial cast of a dozen completely inexperienced adventurers all started in the city of Schwartzenbruin, Perrenland. Some have since died, some have left, some have disappeared, and some have retired. Two remain active, having become champions in their lands and bastions against the growing forces of evil. These pages tell their story.

In 1987, as a sophomore in high school, I met two seniors and we started playing. After a few months, one of them gave me the Greyhawk Boxed Set and suggested we use it as a campaign world. The first years when we were all together were intense, heady, and amazing. After graduations, enlistments, enrollments, and moves we continued to play by letter from all over the world, though at a dramatically reduced pace. As e-mail came of age in the late 90’s we were more in contact…but by now grad school, career, and families made even more demands. Slowly but undaunted, we forge ahead. This site is just starting, but will eventually serve to document all the years of enjoyment our campaign has given us.

“My campaigns are multilayered tapestries upon which I texture themes and subject matter which, quite frankly, would simply be too strong for your hobbyist gamer.” 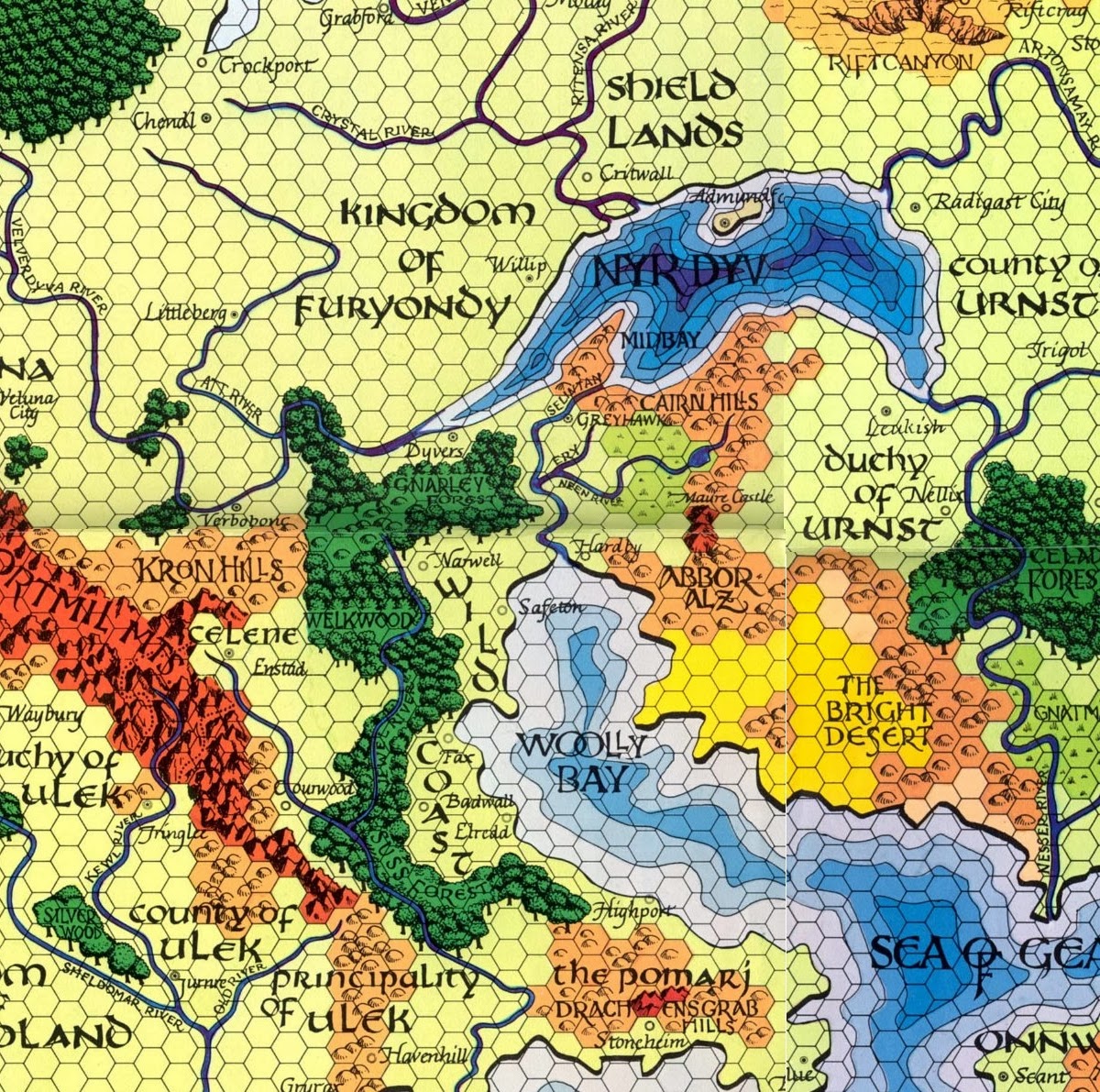 I am interested in your campaign. I played extensively many years ago and have the desire to get back into gaming.